“The simple addition or replacement of an older knocker may absolutely transform the whole appearance of your entryway and also put brand new elegance on the exterior of any kind of home.” 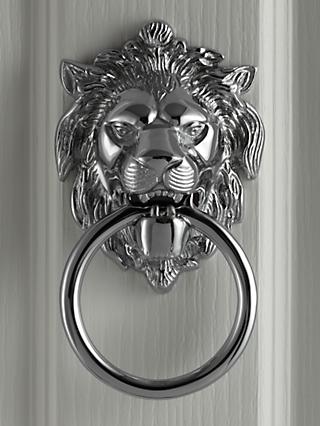 Door knockers have been in use for lots of years. Although they may be considered fairly old-fashioned in some regard they’re still very helpful when it comes to adorning your door. Of course, their function is not the same today as it had been however they do add a touch of charm for just about any front door. Door knockers tend to be popular in England than in any other country and could be found everywhere, even just in the most remote locations. However, the history of door knockers begins several thousand years ago in Ancient Greece. Greeks were a bit picky about surprise visits to their dwellings. It had been considered a breach of etiquette to enter a dwelling all of a sudden. Where Spartans could simply shout their arrival, the more sophisticated Athenians opted to use a door knocker. One of the most superbly crafted knockers have been those created during the middle ages. Renaissance door knockers were also very artistically designed and crafted by artisans to be a thing of beauty. In fact, commonly it had been created by an artist and then passed on to a metal worker to actually form. The very first types were probably constructed from wood however, there are not a lot of these around anymore. Many of the old antique door knockers were made either from iron or brass. Basically, its design consists of two parts. One part is attached to the main door or entrance door and the other part is attached by a hinge. That is the design of the second part because it’s the one which strikes a plate attached to the door which makes a knocking sound. Basically, the purpose is to save the knuckles of visitors. In addition, door knockers have been used to symbolize from hospitality to good luck to fending off bad spirits. Modern-day door knockers are usually made from some form of metal. These are still frequently created from cast iron and brass however there’s also lots of stainless steel or pewter ones available to purchase. They are still usually very decorative items even though their effectiveness has, for the most part, been replaced by the doorbell. You can find common designs which were used throughout the ages including the lion’s head design along with many modern designed ones. Door knocker is a good way of distinguishing a doorway and can make it appealing to the eyes of your visitors. Interior doors usually are not as essential in choosing quality, but exterior and interior doors and hardware can last longer if chosen with quality in mind.